You are here: Home › Blog › Coned! The Duke of Wellington Statue in Glasgow
By Sergio Peraza on septiembre 6, 2015 in Art Traveller, Blog 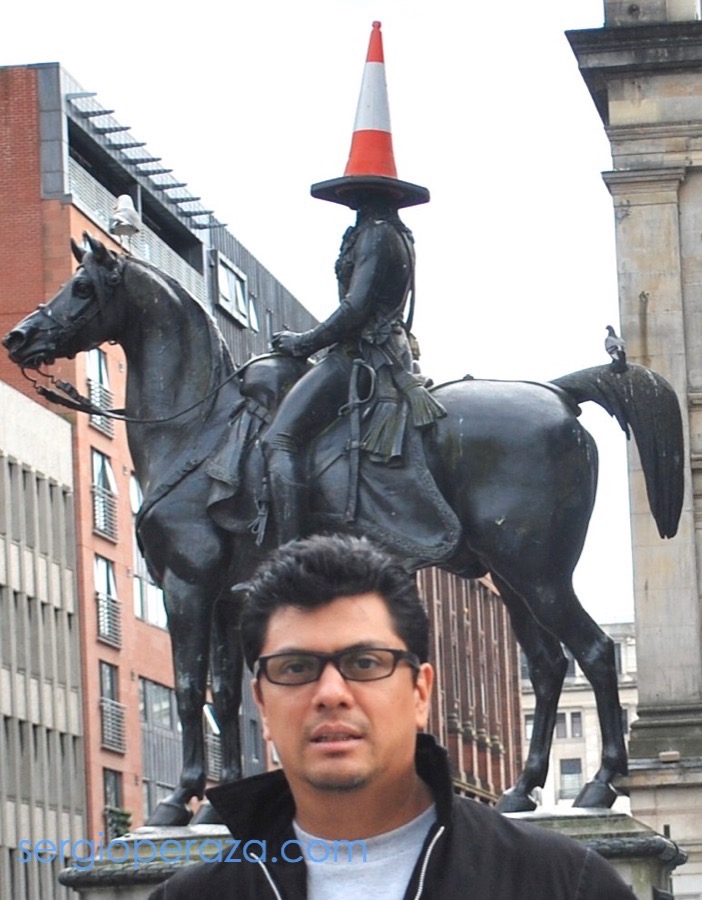 Coned! The Duke of Wellington Statue in Glasgow

…Even though the prank has become embedded into Glasgow’s culture the cones are often removed on the order of the city council and the police. On many mornings a high powered water jet is used to wash the cones off the statue.

While locals argue that the cone portrays the city’s sense of humor and has become an important part of Glasgow, the Duke of Wellington no longer wears spurs and is missing half of his sword due to people continuously climbing up the statue for so many years.

Copyright © Sergio Peraza Avila Use of this image in any media without permission of Sergio Peraza is against international laws. Thanks! © All rights reserved