You are here: Home › Blog › William Wallace Cross and Well in Scotland
By Sergio Peraza on septiembre 6, 2015 in Art Traveller, Blog

In Robroyston, far north of the city centre. The Cross and Well are on Lumloch Road, which runs around the Campsie Meadows estate. In 1900, the Wallace Cross was raised in Robroyston on the exact spot where he was captured. It was unveiled by Emmeline McKerlie, a direct descendant of William Kerlie, a friend and compatriot of Wallace who was murdered when Wallace was captured. 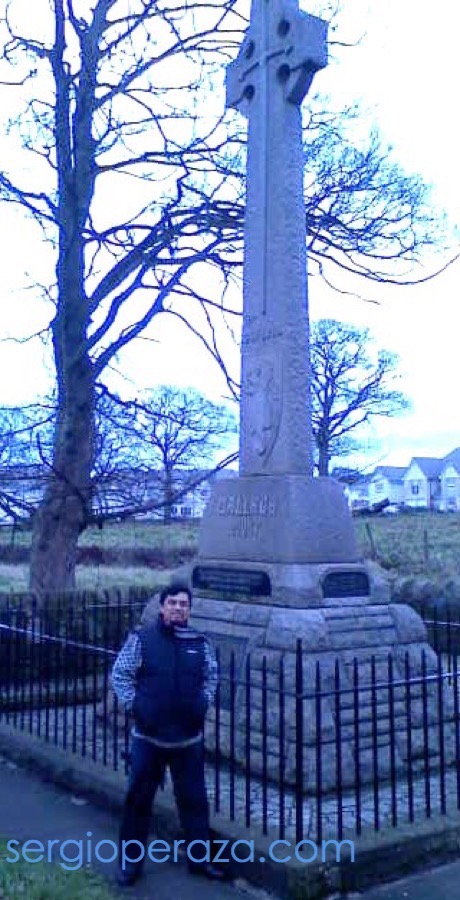 Copyright © Sergio Peraza Avila Use of this image in any media without permission of Sergio Peraza is against international laws. Thanks! © All rights reserved